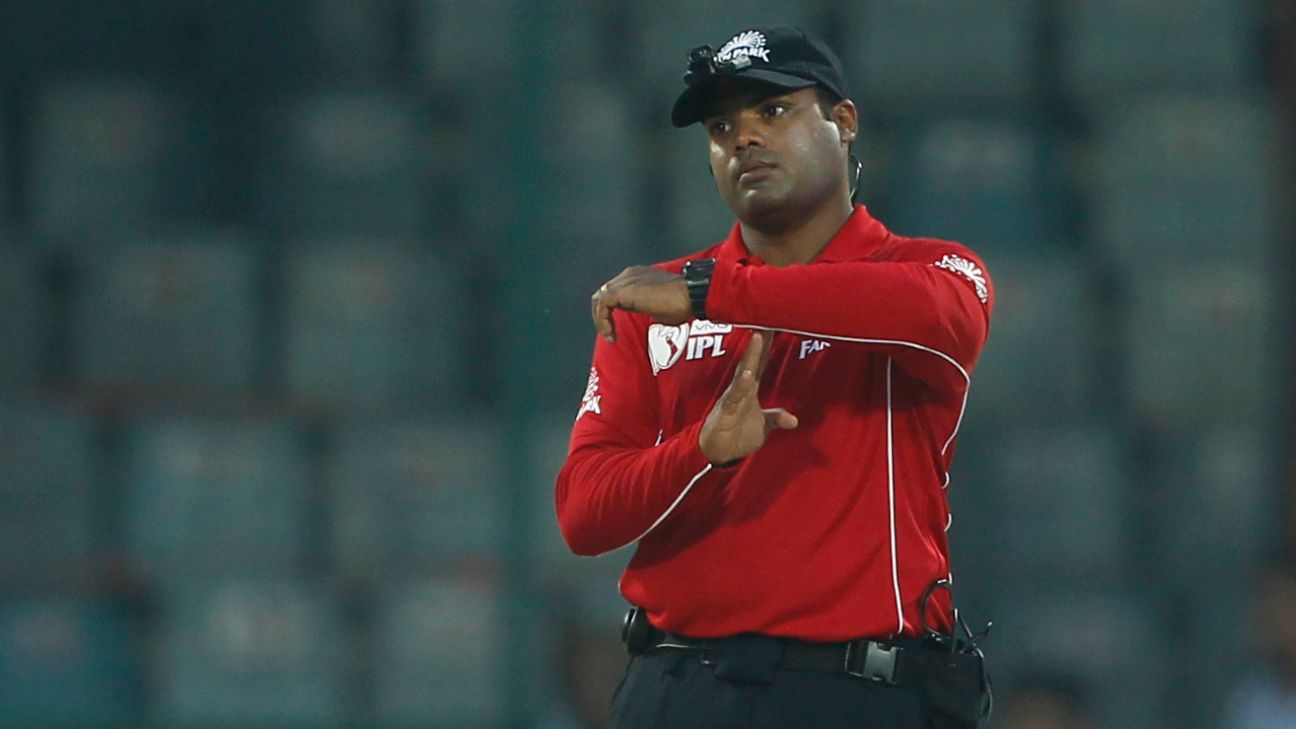 Nitin Menon will make his debut as a Test umpire when Afghanistan host West Indies in Dehradun from November 27 this year, making him the 62nd Indian to be an on-field official in the longest format.

Menon, who represented Madhya Pradesh at the age-group levels as a batsman, had a brief spell in List A cricket, playing two games for Madhya Pradesh in 2004 and scoring just seven runs in total. He then became a state-panel umpire in Madhya Pradesh in 2005, like his father Nadrendra Menon. He cleared the BCCI all-India umpiring exam in 2006 and started officiating in domestic matches from the 2007-08 season.

“The reason behind my smooth transition to international cricket is mainly because of the robust, competitive and professional structure of the BCCI domestic matches,” Menon was quoted as saying on the BCCI website. “The experience that I gained from officiating in our domestic tournaments and the opportunity given to me by the BCCI for officiating in the IPL, as well as in first-class matches in Australia, England and South Africa as part of umpires’ exchange programme, has helped me in my development as an umpire.

“I am happy to repay the trust shown in me and looking forward to facing the new challenges of Test cricket so that I can achieve my goal of becoming an ICC Elite Panel umpire.”

When he makes his maiden appearance in a Test, Menon will become the first Indian to officiate at that level since S Ravi in October 2013 in Chattogram in a Test between Bangladesh and New Zealand, and also carry forward a long tradition that began with Dattatraya Naik and Jamshed Patel, who stood in the first Test during West Indies’ tour of India in 1948-49 in Delhi.