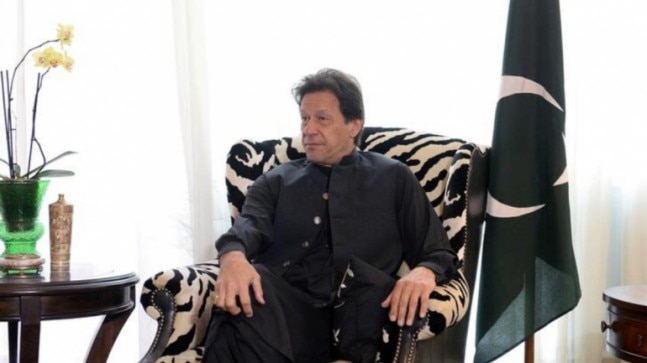 Pakistan would not use nuclear weapons first, Prime Minister Imran Khan said on Monday, amid tensions with India after New Delhi revoked the special status of Jammu and Kashmir.

We both are nuclear-armed countries. If these tensions increase, the world could be in danger, Khan said, addressing members of the Sikh religious community in the eastern city of Lahore. There will be no first from our side ever, he said.

Tension remains high in Kashmir, where the valley remains under lockdown after Prime Minister Narendra Modi’s decision to withdraw special rights for the Muslim-majority state on August 5.

By stripping Kashmir of its special status, New Delhi blocked the region’s right to frame its own laws and allowed non-residents to buy property there. Delhi said the change would help Kashmir’s development, to the benefit of all, but its move angered many residents of the region and was strongly condemned by Pakistan.

Khan has so far focused on a global diplomatic campaign condemning India’s actions, accusing Modi of committing human rights violations and atrocities in the valley.

He has also said frequently that any misadventure between two nuclear-armed nations could endanger the world.

Kashmir has long been a flashpoint between India and Pakistan. Both countries rule parts of Kashmir while claiming it in full. Two of the three wars they have fought have been over it.

Also on Monday, Islamabad gave a consular access to an Indian who was given a death sentence for spying by a Pakistani military court, which the International Court of Justice asked Pakistan to review in mid-July.

The statement said that at India’s request, there was no restriction on the language of communication and the access was recorded, which continued for two hours.

An Indian external affairs ministry statement said Jadhav appeared to be under extreme pressure to parrot a false narrative to bolster Pakistan’s untenable claims. It said Delhi would wait for a detailed report to determine the extent of conformity to the ICJ directives.

As Protest Against Army Heats Up in Pakistan, Gen Bajwa Says They’re Prepared to...