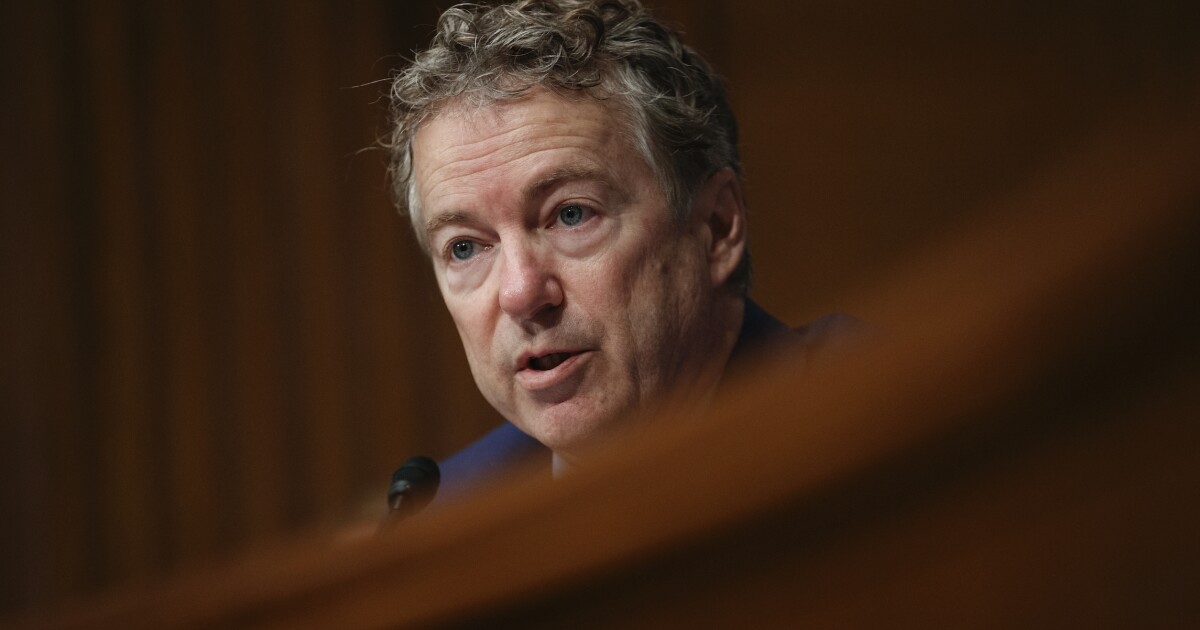 The federal government is an excellent steward of taxpayer money — that is, if you think taxpayers ought to be paying for the study of frog mating calls, or film productions in Pakistan.

Kentucky Sen. Rand Paul is a longtime critic of government waste, and he’s out with his latest edition of The Waste Report. An annual practice, the libertarian-leaning senator compiles the most outrageous examples of the federal government spending our tax dollars irresponsibly, and highlights them to illustrate a broader point. We should all thank Paul for his efforts: It’s long past time we call attention to government misspending and waste that’s become the norm in Washington, D.C.

The report found the State Department spent $100,000 subsidizing the Pakistani film industry — not exactly an issue dear to the average American’s heart. The federal government, too, spent nearly $500,000 studying frog mating calls in Panama, and $10 million to subsidize “green growth” in Peru.

Next time you cut a check to the IRS on tax day, remember that some of your money is going to obscure foreign projects that in no way advance American interests.

So, too, does the federal government continue to waste our money on nation-building abroad, according to Paul’s report. He identified $2 million wasted in democracy promotion in Tunisia. Paul rightly laments further investment in failed nation-building — let’s just hope lawmakers and taxpayers finally take notice.

The worst culprit of all, Paul found that the Centers for Medicare and Medicaid wasted $48 billion in fiscal year 2018 in improper payments. This is insane: One of the largest entitlement programs is pissing away billions in taxpayer dollars on waste and fraud.

All in all, Paul’s report found $50,190,108,562 in government waste — and frankly, he’s probably just scratching the surface. This is absolutely unacceptable in light of our growing national debt, which poses a serious threat to our fiscal future.

We’re set to run at least a $1 trillion dollar deficit in 2019, with the total national debt currently exceeding $22.5 trillion. These numbers are hard to contextualize in the abstract, but think of it this way: That’s roughly $180,000 in debt for each taxpayer.

We clearly can’t afford to be wasting $50 billion. As Eric Boehm put it for Reason, “No single spending item is going to solve America’s $22 trillion national debt, but every little bit of wasteful spending makes the tough problems more difficult to solve.”

Clean and Green Pakistan Movement to cope with impacts of climate change: Zartaj –...

30 greatest Test cricket innings of all time: from Botham to Bradman, Lara to...

Happy the focus is back on cricket, says Cricket Australia chairman – Sportstar