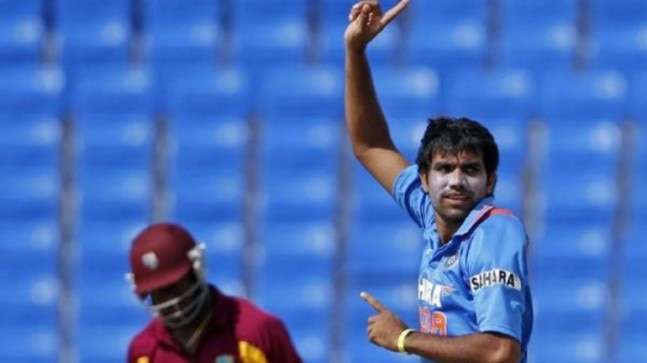 Devendra Surti told the police that Munaf is “threatening to kill him” but the former fast bowler has rubbished the allegations levelled against him.

Surti alleged that he was targeted because of the anti-corruption fights the CHS has been taking up against the Baroda Cricket Association. Munaf at present serves as the mentor for the senior teams under BCA.

“I have been raising my voice against corruption in the cricket association and this is why I am being threatened. I want the police to know that if something happens to me and my family, then Munaf Patel should be held responsible,” Surti was quoted as saying by Indian Express.

Police inspector at Navapura police station, R M Chauhan said, “We have received the application from Surti. However, he has not filed any police complaint and therefore no FIR has been lodged in the matter.”

But Munaf has refuted the claims and said that his name is being “unnecessarily dragged into the matter”.

Munaf Patel retired from the sport in November last year after having represented India in 13 Tests, 70 ODIs and 3 T20Is since making his debut at Mohali on March 9, 2006.

Munaf was also part of India’s 2011 World Cup-winning team and finished the tournament as the third-highest wicket-taker for the eventual champions, behind Zaheer Khan and Yuvraj Singh.

Selectors should talk to Dhoni and ask about his future plan: Gambhir – Times...