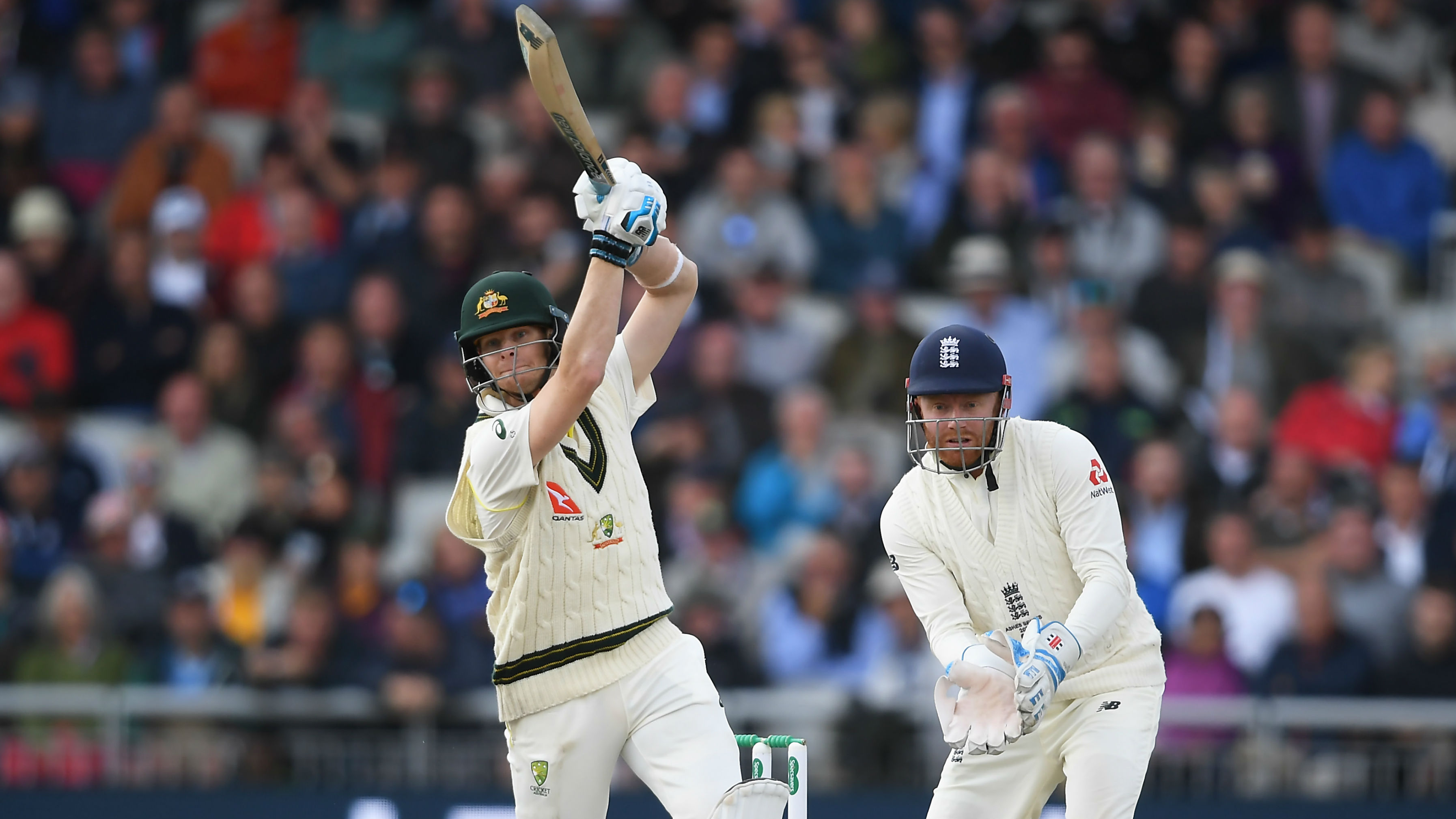 England wicket-keeper Jonny Bairstow said that despite Steve Smith’s 211, his team isn’t ruling out the possibility of pulling off another unlikely victory at Old Trafford, akin to the one they did at Headingley in the previous Test.

Star Australia batsman Steve Smith put on yet another masterclass in the fourth Ashes Test, notching up a brilliant 211 on the second day – his third triple-digit score of the series from four innings, and his third double-century overall.

Resuming the second day on 60, Smith did look a touch uneasy by his standards early on, but quickly settled down into a good rhythm. During that early passage of play, England were able to beat his outside edge a few times, and Bairstow said that was reason enough for the hosts to stick with their plans going forward.

“We’ll be sticking to the plans that we’ve got,” said Bairstow. “He’s played and missed to a few balls today, which he hasn’t previously in the series. On another day, we get him out earlier.”

Smith’s knock put Australia in pole position as the side declared at 497/8, before getting an early breakthrough to have England go to stumps at 23/1. But, even though they have their backs to the wall, England don’t have to look beyond their own one-wicket heist at Headingley for inspiration.

“There are three innings and three days of cricket left,” Bairstow said. “If we can go out and apply ourselves tomorrow, bat for a long period of time like we did at Headingley, there is no reason why not.