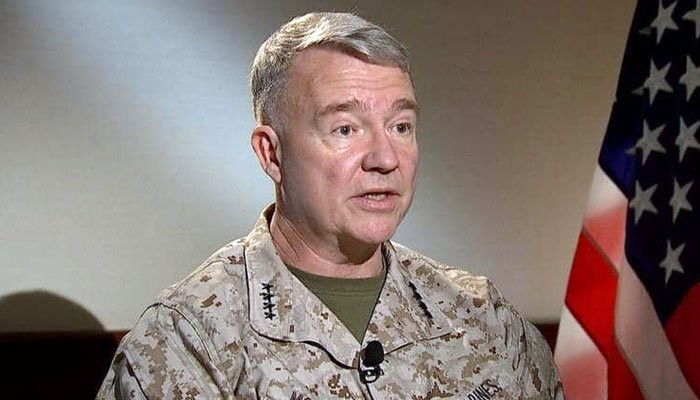 During the visit to the dam, General McKenzie visited the various components of the project including the main dam, spillways, the reservoir and the powerhouse.

Welcoming the US delegation on the project,  Water and Power Development Authority (WAPDA) Chairman Lt Gen (retd) Muzzamil Hussain thanked the US officials for cooperation in restoring old power units of the dam.

He added, the Tarbela Dam has been playing a vital role for economic stability and social development of Pakistan since its completion in 1974 by providing water for agriculture, mitigating floods, and injecting a sizeable quantum of low-cost and environment-friendly hydel electricity to the National Grid.

Despite being in the fifth decade of its life, the Tarbela Reservoir can still store more than 6 million acre-feet (MAF) of water. At present, the generation capacity of Tarbela Hydel Power Station stands at 4888 MW with completion of its 4th Extension last year.

In view of the successful completion of the 4th extension within stipulated cost and time, the federal government has decided to implement the Tarbela 5th Extension Project on fast track basis.

The 5th Extension will add another 1410 MW to the generation capacity of Tarbela Hydel Power Station, he further said.

The chairman apprised the delegation that Tarbela Hydel Power Station has the singular honour of possessing more than half of the total installed capacity of hydel generation in Pakistan.

Briefing about the various components of the project, the chairman appreciated the US financial support in the construction of Tarbela Dam way back in the 1970s and rehabilitation of the ageing power generating units installed at Tarbela Hydel Power Station.

The US intervention in rehabilitating the ageing units of Tarbela Hydel Power Station helped WAPDA in attracting the leading financial institutions like the World Bank and the Asian Infrastructure Investment Bank (AIIB) for implementation of Tarbela’s 4th and 5th Extension with a cumulative generation capacity of 2820 MW, he added.

The US delegation observed that the recent US grant of $41 million will extend the useful life of the Tarbela powerhouse by 15-20 years and restore 148 MW of power generation capacity.

Earlier this year, General McKenzie met with Prime Minister Imran Khan where the two dignitaries discussed the Pak-US relations and the ongoing Afghan peace talks, among other matters.

General McKenzie Jr, who took over as head of the US CENTCOM in May after General Joseph Votel’s retirement, also met with Chief of Army Staff (COAS) General Qamar Javed Bajwa.

The two top commanders discussed the geo-strategic environment and regional security. The discussion included Afghanistan and the February 27 standoff between the Pakistani and Indian militaries.

128000 deaths occur in Pakistan due to climate change every year, Senate body told...

Priya Punia’s dad built her a pitch, cricketer repaid it with honours – SheThePeople