The review, by the British Association for Sustainable Sport and two universities, also calls for extra care around youth players and for manufacturers to develop equipment that enhances air flow, as extreme heat becomes more common.

“This is a wake-up call not just for cricket, but for all sports,” said Russell Seymour, sustainability manager at Lord’s cricket ground in London — the spiritual home of the game — who wrote the foreword to the report.

“Sportspeople are not by nature bystanders and we can and must react to avoid the crises approaching us.

“For every player suffering, there are many more fans having to work and go about their daily lives in these increasingly harsh conditions,” he added.

The “Hit for Six” report details how cricket-playing countries such as India and Australia are already being severely impacted by extreme weather events such as droughts, heatwaves and storms that experts say are being made more common by climate change. 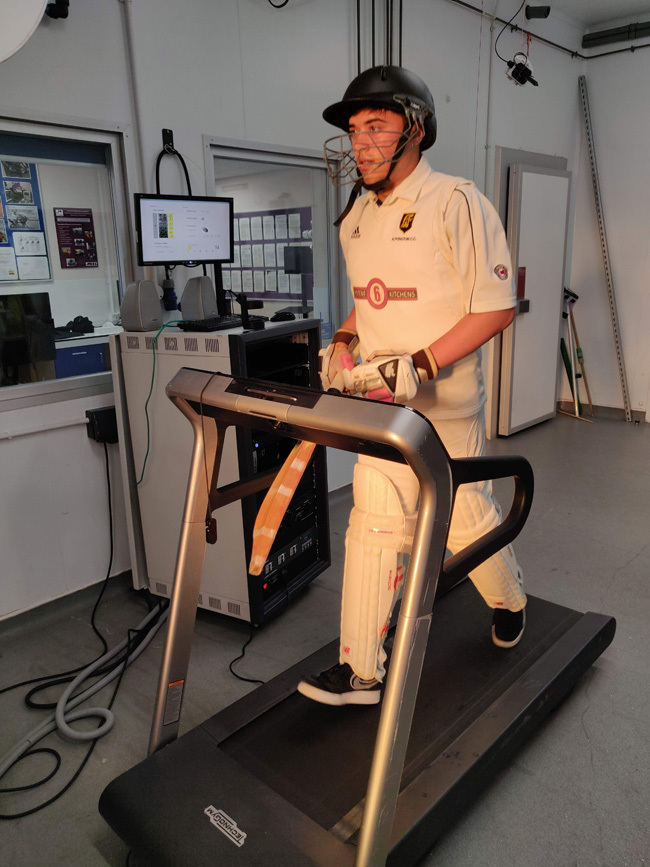 It notes youth matches in Australia have been disrupted due to heat, while dire water shortages have hit a tour of South Africa and flooding has delayed cricket in England.

Its authors say they have combined climate science with heat physiology to show how batsmen and wicketkeepers are becoming increasingly susceptible to poorer performances due to the conditions.

They argue “safety-related heat stress guidelines” are now needed, and that more games may need to be postponed or re-arranged to cooler times of the day.

“Above 35 degrees (Celsius) the body runs out of options to cool itself,” said Mike Tipton, professor of human and applied physiology at the University of Portsmouth and one of the report’s authors.

“For batsman and wicketkeepers, even sweating has limited impact as the heavy protective cladding creates a highly humid micro-climate next to their bodies.”

He added: “Particular care must be given to young players and the grassroots of the sport where elite-level cooling facilities simply aren’t available.”