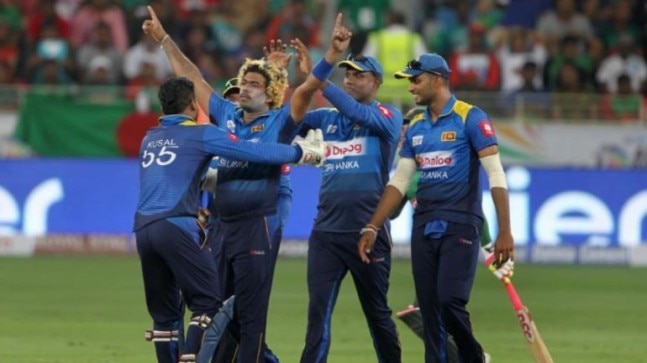 The Sri Lankan cricket board (SLC) said it was reassessing the security situation in Pakistan ahead of the team’s scheduled limited-overs tour to the country later in September.

Sri Lanka are scheduled to play three ODIs in Karachi, followed by as many T20Is in Lahore between September 27 and October 9.

The decision was taken following a warning, the SLC received from the Prime Minister’s Office, sent via the Ministry of Telecommunication, Foreign Employment and Sports.

Accordingly, the warning highlights that the Prime Minister’s Office has received reliable information of a possible terrorist threat on the Sri Lankan team, while touring Pakistan.

Update: Sri Lanka’s Tour of Pakistan #PAKvSL
SLC has been advised to take extreme care, and reassess’ the situation, before embarking on the Pakistan tour. https://t.co/8eYSuiWjog

Hence, SLC has been advised to take extreme care, and reassess’ the situation, before embarking on the said tour.

Niroshan Dickwella, Kusal Janith Perera, Dhananjaya De Silva, Thisara Perera, Akila Dhananjaya, Lasith Malinga, Angelo Mathews, Suranga Lakmal, Dinesh Chandimal and Dimuth Karunaratne were the player who opted out of tour while Kusal Mendis was not available for selection due to an injury.

Families of several Sri Lankan players were reportedly uncomfortable with the prospect of the stars playing in Pakistan. However, An official source in the Pakistan Cricket Board had told Press Trust of India that Pakistan would accept whatever team the Sri Lankan board sends. Pakistan have not hosted a high-profile team for a full length tour ever since the terrorist attack in 2009.

The Sri Lankan team had come down to Lahore for a day to play a lone T20I match in October, 2017 while the ICC World Eleven and West Indies have also played short T20 series in Pakistan in the last two years.

USA is All Set For ICC Cricket World Cup League 2 Series In Nepal...