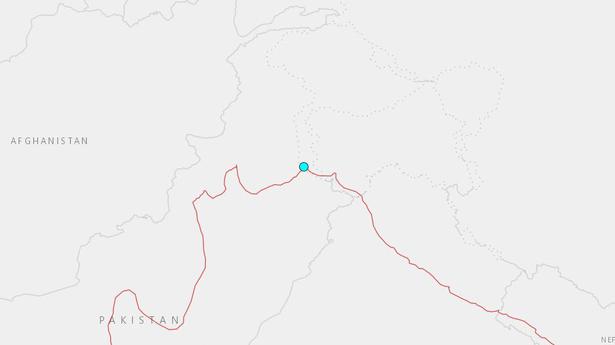 An earthquake of magnitude 4.7 struck Bhimber, close to the India-Pakistan border at 12 30 pm on Thursday.

While in the same approximate region, the quake was significantly lower in intensity than the 6.3 magnitude one on Tuesday and whose effect was apparent in several parts of Jammu, Punjab and New Delhi.

The United States’ Geological Survey said that Thursday’s quake had an epicentre ”4.7-4 km off New Mirpur and at a depth of 10 km from the surface.”

There are no reports of tremors yet in India and the official seismological monitoring services hadn’t, as of Thursday afternoon, posted details of the latest quake.

Seismicity in the Himalayas dominantly results from the continental collision of the India and Eurasia plates, which are converging at a relative rate of 40-50 mm/yr.