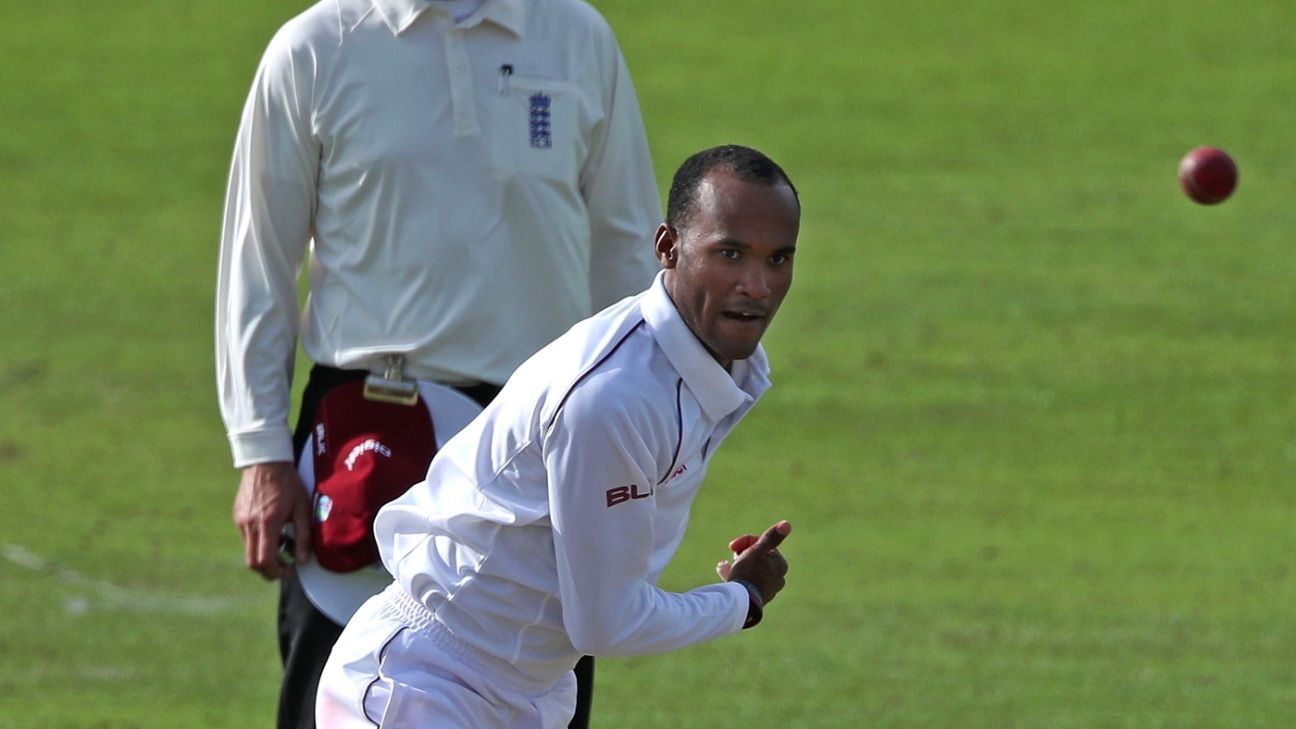 West Indies’ Kraigg Brathwaite, an occasional offspinner whose bowling action has been questioned more than once, has been cleared to bowl in international cricket again following an ICC-approved assessment.

Brathwaite had been reported after the second Test between West Indies and India in Kingston earlier this year, with the ICC saying in a statement at the time that the match officials’ report had “cited concerns about the legality of the 26-year-old’s bowling action during the course of the match”.

He subsequently underwent a bowling assessment in the ICC-accredited facility in Loughborough on September 14, where, the ICC said in a statement on Tuesday, “it was revealed that the amount of elbow extension for all his deliveries was within the 15-degree level of tolerance permitted under the ICC Illegal Bowling Regulations”.

Brathwaite had earlier been reported for a suspect bowling action in August 2017 following the first Test of West Indies’ tour of England, played at Edgbaston. Then, too, he was tested in Loughborough, and he was subsequently cleared to continue bowling at the highest level.

In the West Indies Test side mainly as an opening batsman, Brathwaite has 18 wickets from 58 games at an average of 56.94.