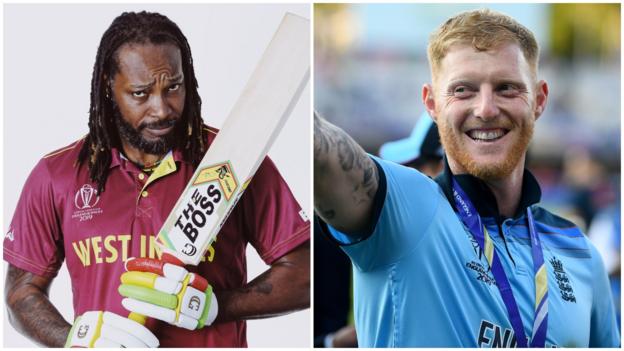 The Hundred… you’ve probably heard it mentioned a lot lately, but do you know what it’s all about?

Here’s everything you need to know about next summer’s new competition right here.

It’s all very simple. It’s a new competition in which eight freshly formed teams, representing seven cities from around the UK, compete against each other. Each team has both a men’s and women’s side.

The format of matches? That’s simple too: 100 balls per team, most runs wins.

In an effort to attract more families to the game, the competition will be played in the school summer holidays – from 17 July to 16 August, 2020. Teams will play each other once, apart from their paired ‘rivals’, whom they meet twice (home and away). There will be 32 league matches in total, with the top three finishers competing in the Finals Day (top team automatically reaches the final, with second versus third for the other spot in the final).

The paired rivals (play each other twice) are: Leeds and Manchester, the two London teams, Birmingham and Nottingham and Southampton and Cardiff.

Who will Ben Stokes and England’s other World Cup winners play for?

The men’s teams will pick their players via a two-stage draft system.

On 3 October, teams will be able to select up to three players for their squad. They have the option of picking at least one England red-ball contracted player and teams with one or more England Test players in their catchment area will be able to pick their preferred player. It is not compulsory for teams to pick a player from their catchment area.

The remaining red-ball contracted players will be selected by teams without a player in their catchment area until every side has had the opportunity of selecting at least one England Test player.

Players not selected will be automatically allocated to their local team. Teams also have the option to negotiate with and select two local ‘icon’ players from within their catchment.

Because of limited availability for the England players – they are only expected to play three group games and at Finals Day – they are in addition to each team’s final squad of 15 and are paid separately.

What should I look out for in the draft?

The initial selection process on 3 October – the results of which will be revealed at 13:00 BST – should be interesting. Will, for example, the Leeds-based team choose Ben Stokes, Jonny Bairstow or Joe Root as their first pick?

And will the Manchester team, who play at Old Trafford where there is an end named after James Anderson, opt for the legendary England fast bowler or Jos Buttler?

And, surely, Southampton will want to take advantage of having Jofra Archer as their first pick.

Tell me about the main draft…

On 20 October, the remaining places in the 15-man squads will be filled via a full draft – West Indies batsman Chris Gayle, England’s Eoin Morgan and Australia’s Steve Smith have made themselves available for the tournament.

Players are able to select a minimum salary band at which they are willing to play at, but if that reserve price is not met they will not be selected during the main draft.

A pre-draft draw will determine the order in which each team will pick their players. Teams will be able to select a maximum of three overseas players but there is no limit to the number of players from any county or country.

All of the world’s biggest names – with the exception of current India internationals – are expected to make themselves available so brace yourself for ‘Jofra Archer versus Steve Smith: Part Two’.

Following the main draft, each team will have the opportunity for a final ‘wildcard’ pick, to be chosen during next year’s T20 Blast. That player will receive a £30,000 contract.

What about the women’s draft?

The women’s draft is slightly different. In the first stage, teams are expected to sign two players from the 21 who are centrally contracted to England.

Stage two of the player selection process (1 October 2019 – 30 May 2020) will then see each team fill the remaining 13 spaces in their squad from across three different player pools: the remaining England centrally contracted players, overseas players and domestic players.

Teams can sign one further England centrally contracted player during stage two and can sign a maximum of three overseas players.

Are they ditching overs?

The beauty of a new tournament will be that everyone will have to figure out new tactics.

The 100 balls can be bowled in blocks of five or 10 by bowlers, who have the option of switching ends halfway through a 10-ball spell.

The maximum number of balls a bowler can deliver is 20, with each fielding team allowed a 150-second tactical timeout.

Oh, and there will be a batting powerplay for the first 25 balls, in which only two fielders will be allowed outside the 30-yard circle.

The matches themselves should be fast and furiously exhilarating – in trial matches held last summer, innings were taking fractionally over one hour to complete.

And just like your favourite bingewatch, the next innings will automatically play soon after – there’ll be no 40-minute intervals for lunch!

To kick off a huge 12 months of cricket across BBC TV, radio and online, the BBC Sport website will be running a live text around the announcement of the England players’ draft on 3 October.

Then, on 20 October, the BBC Sport website will host a live stream and text commentary on the main draft.

Next summer, the BBC will have live television coverage of two England men’s international T20 matches, one England women’s T20 international, plus live TV coverage of 10 men’s matches from The Hundred and up to eight live matches from the women’s Hundred tournament, including both finals.

It all amounts to – appropriately – 100 hours of cricket back on BBC television, also including highlights of England’s international matches each evening.

Pakistan minister blames suspension of trade with India for hike in food prices –...

Pakistan’s JF-17 Jet Has Its First Victory by Destroying an Iranian Drone – Yahoo...