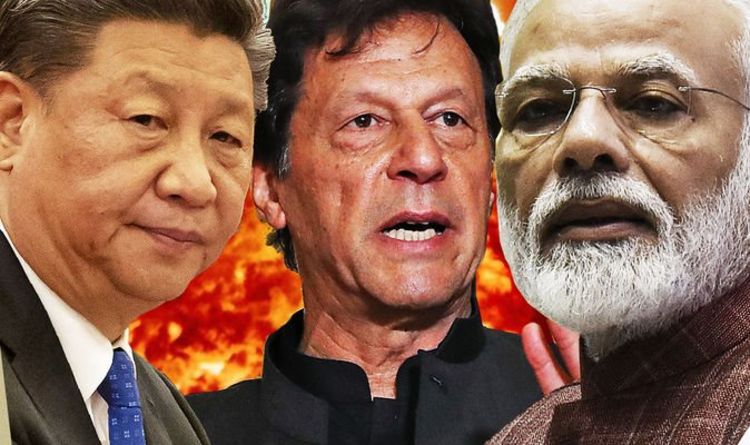 China President Xi Jinping met with India Prime Minister Narendra Modi this week as the two countries looked to resolve their own conflict in the region. India and China have been at odds over the disputed Ladakh region in Kashmir, which sits near the Indo-Chinese border and has been the setting for conflict between the two countries for decades. Border disputes have led to skirmishes as recently as last month. In 1962, a war between New Delhi and Beijing was sparked in the Kashmir region spilling into Ladakh, with conflict engulfing the Himalayan territory for a month.

In 2017, a standoff occurred at the Doklam border as India resisted a road being built in the region by China, and earlier this month, Chinese and Indian military clashed again when the Chinese People’s Liberation Army objected to Indian patrols in Ladakh.

Despite this, talks were positive according to both parties, with Indian Foreign Secretary Vijay Gokhale saying: “One of the understandings the two leaders reached was that a new mechanism will be established to discuss trade, investment and services.”

Crucially however, Xi Jinping reportedly suggested that Beijing and New Delhi will seek increased military cohesion in the Kashmir region, despite China being a longstanding ally to Pakistan and its Prime Minister Imran Khan.

The move is motivated by a need for boosted trust between China and India, but Pakistan will be doubting the reliability of Xi Jinping given the tensions between New Delhi and Islamabad.

India has placed a curfew and other restrictions on people in its part of Kashmir since downgrading the special status of the disputed Himalayan region on August 5.

Article 370 granted the region autonomy, self governance and self identity – but Indian Prime Minister Narendra Modi changed the legislation meaning the region is now split into two union territories.

Kashmir lost its right to frame its own laws and non-residents were allowed to buy property there in changes the Indian government said would drive development and pull the region into line with the rest of the nation.

Any Given Monday: Observations from one of the greatest test cricket matches – New...

The hybrid-warfare crosshairs: Can India beat arch rivals Pakistan and China at their own...