AHMEDABAD: Rajkot has for many years been dishing out batsman-friendly pitches, and it may not be different this time as the Saurashtra Cricket Association (SCA) ground gears up to host the second T20 of the India-Bangladesh series on Thursday.

According to the groundstaff, the pitch, almost devoid of grass, promises to be full of runs. 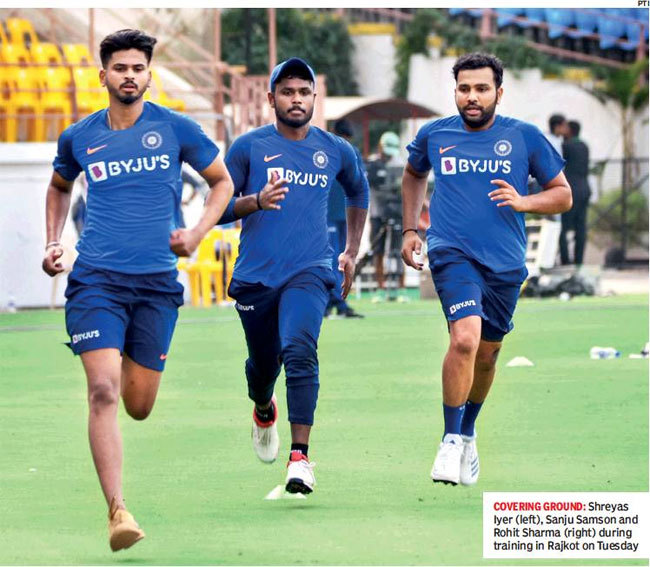 Groundsman Mansukhbhai Terraiya said the pitch has been fully covered since the city is expected to receive heavy rainfall on Wednesday and Thursday due to cyclonic impact on the coast. The situation may change entirely if the weather prediction of heavy rain in next two days holds true.

SCA officials are keeping their fingers crossed, hoping the rainfall will not be too severe as cyclone has reportedly weakened. They said the ground has good drainage facilities and the match, even if truncated, may take place if it does not rain in the later part of Thursday.

“If we have light showers in the morning of the match day, but there is no rain in the later part of the day, we are confident of having a match, “said Himanshu Shah, secretary, SCA.

“We have very good drainage facility and an experienced ground staff who are capable of handling any emergency. We are just praying the rain is not too severe,” he added. In the event of heavy rains, the outfield may be slow and scoring runs will not be easy. “Hitting boundaries would become difficult in such a situation as the ball may not travel very fast in the outfield,” said Terraiya.