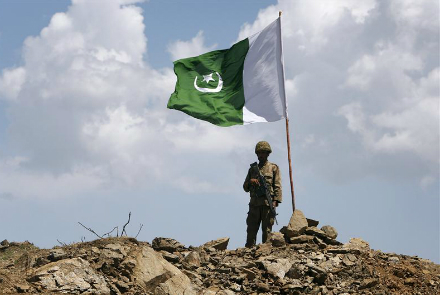 Pakistan continues to view the Afghan Taliban as “a relatively friendly and reliably anti-India element in Afghanistan”, says a US Congressional Research Service report titled “Afghanistan: Background and US Policy In Brief.”

The CRS is a federal agency within the US Library of Congress that provides reports to aid US lawmakers and the legislative process. The report, which was updated early this month, claimed:

“Regional dynamics, and the involvement of outside powers, are central to the conflict in Afghanistan. The neighboring state widely considered most important in this regard is Pakistan, which has played an active, and by many accounts negative, role in Afghan affairs for decades.”

Pakistan’s security organizations “maintain ties” to Afghan insurgent groups, including the Haqqani Network, “a US-designated Foreign Terrorist Organization (FTO) that has become an official, semiautonomous component of the Taliban,” the report said.

Pakistan “apparently continues to view the Afghan Taliban as a relatively friendly and reliably anti-India element in Afghanistan,” the report mentioned, explaining that “Pakistani fears of encirclement” are due to “India’s diplomatic and commercial presence in Afghanistan—and US rhetorical support for it.”

The report also said that “Afghan leaders, along with US military commanders, attribute much of the insurgency’s (Afghan Taliban, Haqqani Network, others) power and longevity either directly or indirectly to Pakistani support” and quoted President Trump who accused Pakistan of “housing the very terrorists that we are fighting.”

US officials, the report claimed, have “long identified” that safe havens for militant groups in Pakistan are a threat to Afghanistan, despite Pakistani officials who “dispute that charge.”

The complex and two-sided relationship between the US was covered by the report, with a quote of US President Trump from a 2017 speech saying, “We can no longer be silent about Pakistan’s safe havens for terrorist organizations, the Taliban, and other groups that pose a threat to the region and beyond,” while at the same time Trump praised Pakistan as a “valued partner,” and cited the US-Pakistani military relationship.

The report noted that in January 2018, the Trump Administration announced plans to “suspend security assistance to Pakistan, a decision that has affected billions of dollars in aid.” Then in 2019 this policy was reviewed by the State Department who reported to Congress: “While Pakistan has taken some limited, reversible actions in support of the [US] South Asia strategy … we have not seen it take the sustained, irreversible actions that would warrant lifting the [security aid] suspension.”

Of current relevance, the report noted that the Trump Administration has wanted Pakistan’s help with US-Taliban talks since 2018, and it mentioned the release of Taliban co-founder Mullah Abdul Ghani Baradar by Pakistan. It quoted US peace envoy for Afghanistan, Zalmay Khalilzad, as saying that Baradar’s release “was my request.”

The report mentioned that Khalilzad “thanked Pakistan” for facilitating the travel of Taliban figures to talks in Doha, referring to the nine-rounds of talks that took place in Qatar before President Trump scuttled the peace deal in early September.