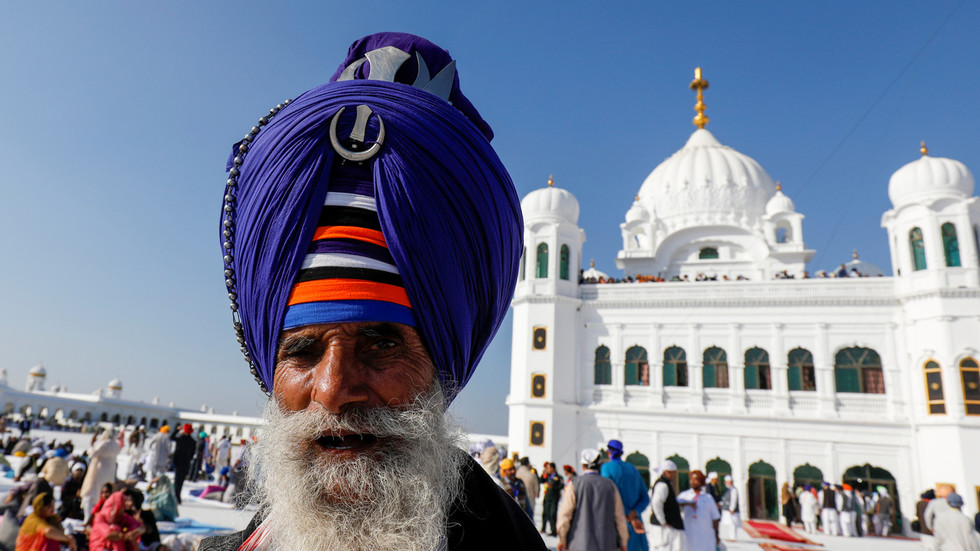 India doesn’t believe it is reading too much in the designs of arch-rival Pakistan in opening up its doors for Sikh pilgrims to visit the resting place of their founder, Guru Nanak Dev, within its territory.

The two prime ministers, Narendra Modi and Imran Khan, stood at two sides of the border to facilitate the first batch of 500 Sikh pilgrims make a 4-km trek to the holiest of their shrines, Gurudwara Darbar Sahib, on Saturday.

India sensed a chill behind the warm words wafting through from across the border as Imran Khan bemoaned the lockdown in Kashmir, and his foreign minister, Shah Mahmood Qureshi, mocked if India could do the same for Muslim pilgrims longing to visit their holy places in Kashmir.

A few days ago, India was stung when Pakistan released an official video welcoming pilgrims which showed images of three major slain militants who wanted to carve out a separate homeland for Sikhs in the Indian state of Punjab in the 80s.

Though the separatist movement for Khalistan, a homeland for Sikhs, petered out in the 1990s, there is still fire in the dying embers and India believes Pakistan would do its best to stoke its decades-long military doctrine of “bleeding India with a thousand cuts.”

India has tightened security in its northwestern state of Punjab, including a ban on drones, as several were noticed over the border. Local authorities fear it could be a route to supply arms and terrorists to Kashmir – and that the holy corridor for Sikhs could be a cover for Pakistan’s nefarious designs.

Also on rt.com A corridor of hope for humanity: 72 years to build 4 kilometers

India finds Pakistan’s new-found affection for Sikhs a coat of deception and remembers multiple instances as markers in support of this theory. No sooner had Pakistan come into being as an Islamic state in 1947, Sikhs along with Hindus were driven out, killed and raped in the thousands, and retaliated by doing the same to Muslims from across the border. This set in motion the greatest migration in human history, which cost up to two million lives, the horror of the violence rising up to the scale of the Holocaust.

Still, after the fire of Partition had died out, almost 23 percent of Pakistan’s population was comprised of non-Muslim citizens, which now has been reduced to less than two percent. Thousands of Hindus and Sikhs were repressed and displaced whom the Indian government now is trying provide citizenship through an impending Act.

India is still battling the scars of five lakh Hindus being driven out of Kashmir Valley in the 1990s as grave terrorism sprouted within its borders and the hands of Pakistan in spurring it to life was internationally acknowledged.

Pakistan also couldn’t keep its Bengali Muslim brothers within its fold as it let loose a reign of terror in East Pakistan in the late 60s, killing hundreds of thousands before the local resistance, with the help of India, broke free and a new nation, Bangladesh, came into being.

Pakistan’s flip-flop in the run-up to the opening of the holy corridor for Sikhs hasn’t gone unnoticed either. The “goodwill gesture” turned out to have its price, too, as it will now cost Sikh pilgrims $20 on each visit though the first two such trips, excluding the 550th birth anniversary of their founder, Guru Nanak Dev, on November 12, which will be free. Further, while Imran Khan has waived the requirement of passports for pilgrims, his omnipotent military is insistent on such a requirement.

“Pakistan is professing love for Indian citizens but this is the same country which is refusing its air-space for Indian prime minister to fly out on his foreign trips. Which Pakistan do you think we should believe?” said a retired diplomat who served as ambassador and didn’t want to be named.

Also on rt.com Pakistan DENIES India’s Modi use of its airspace as Kashmir feud heats up

This is the latest saga in the frosty, bitter and violent relations between the two nations which share a common heritage yet have fought four wars and accuse each other of one or another violation practically every day. The guns haven’t stopped booming at the borders. Let’s hope this fresh smell of rose is for real.

By Ashish Shukla, a senior journalist and geopolitical analyst based in India, author of ‘How United States Shot Humanity’. He runs the NewsBred website.

The statements, views and opinions expressed in this column are solely those of the author and do not necessarily represent those of RT.