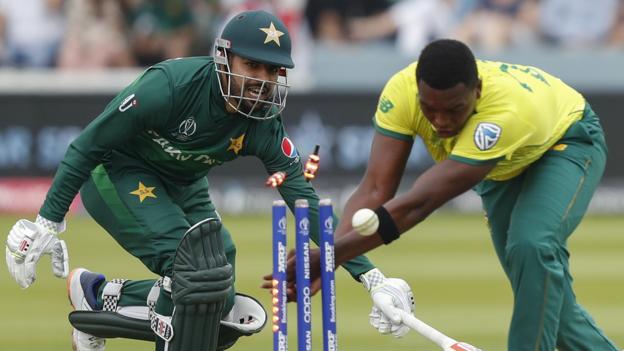 The Proteas were due to visit for three Twenty20 internationals, which were likely to take place in Rawalpindi, although no dates had been announced.

However, South Africa have assured Pakistan that they will reschedule.

“We respect Cricket South Africa’s reason for not sending their side next month,” said Pakistan Cricket Board chief executive Wasim Khan.

“Managing player workload is a top priority for any cricket board, and from that perspective, their decision is understandable. We are pleased CSA remains committed to rescheduling this short series as soon as practically possible.

“As there is a strong willingness and commitment, both the boards are now exploring their FTPs [the International Cricket Council’s Future Tours Programme] to find gaps so that we can agree on the dates.”

England’s current tour of South Africa finishes on Sunday, but the Proteas then host Australia between 21 February and 7 March, before touring India from 12-18 March.

The proposed window for touring Pakistan was between the end of that India series and the start of the Indian Premier League at the end of March, in which many of South Africa’s leading players will be involved.

Under the FTP, the Proteas are due to visit Pakistan in January 2021 for a two-Test series – forming part of the World Test Championship – and three T20 games.

Australia have Pakistan reeling at 64-3 on day 3 of 1st Test – DAWN.com